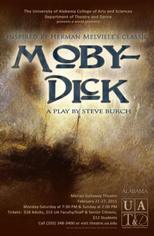 2011 Production by The University of Alabama Department of Theatre and Dance
A play by Steve Burch. Directed by Seth Panitch. Original music by Cynthia Miller, Nib McKinney, and Koji Aruzmi.
Choreography by Qianping Guo and Scenic Design by Andy Fitch.

In February 2011 the department produced its first new work in over a decade, an adaptation of Moby-Dick.  A collaboration between Steve as writer and Seth Panitch as director, they conceived the play in highly theatrical terms, utilizing actors in non-traditional roles, dancers (portraying the Elements, including whales, storms at sea, and the growing madness of Ahab), live musicians performing both original music as well as sea shanties and work songs from the nineteenth century whaling industry.

Read the script of Moby-Dick.

Images from the 2011 production. Photos property of The University of Alabama's Department of Theatre and Dance. Photographs by Porfirio Solorzano. 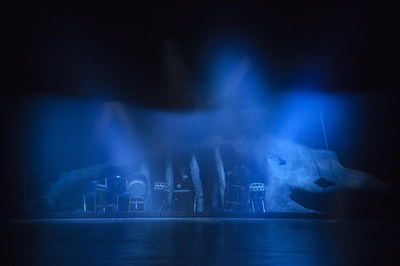 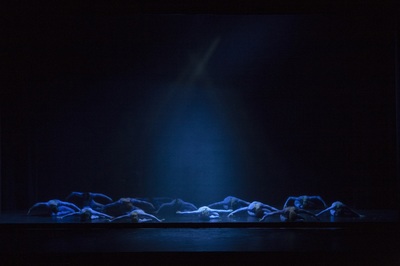 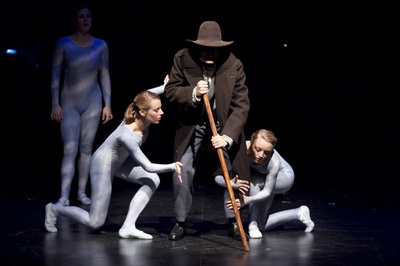 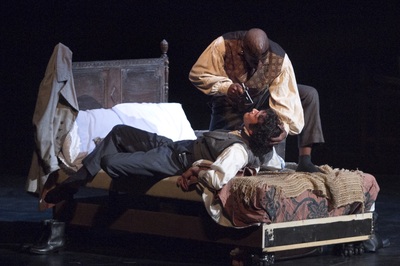 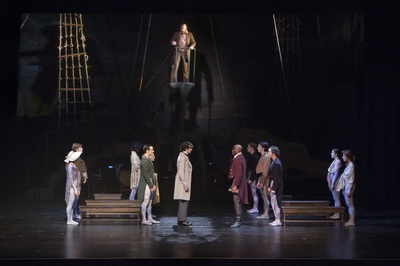 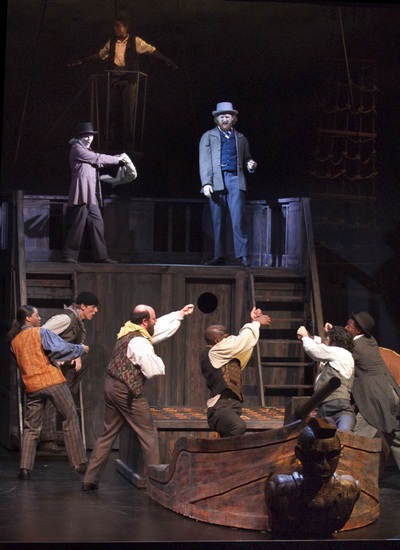 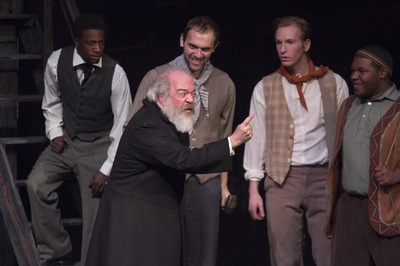 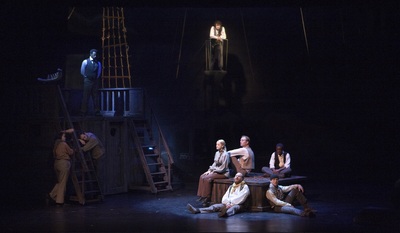 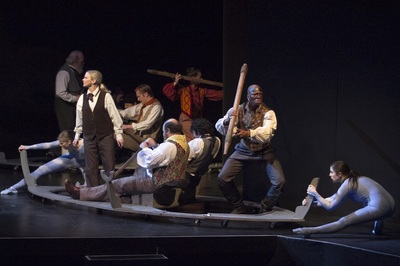 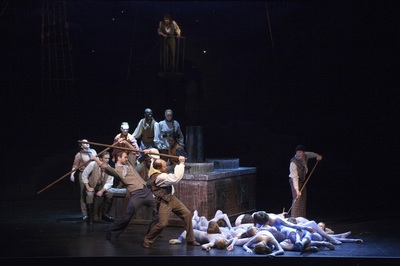 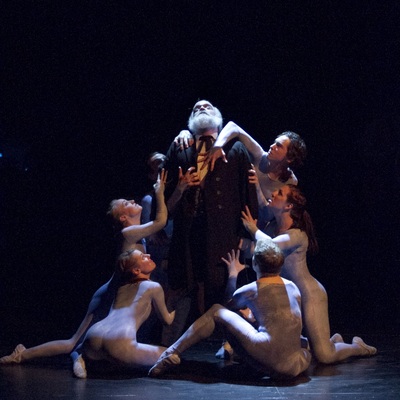 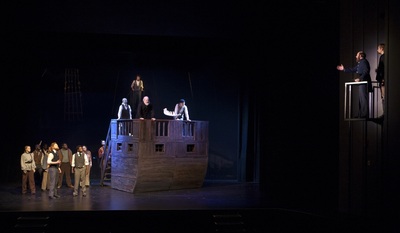 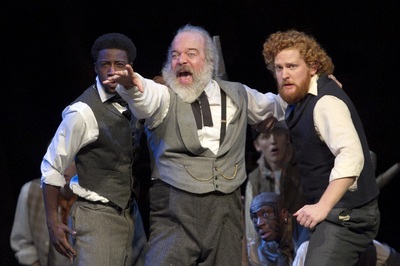 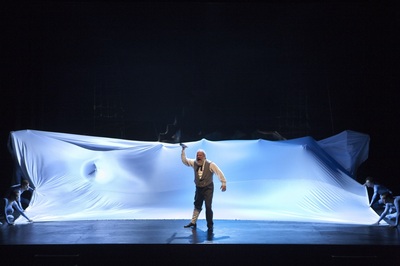 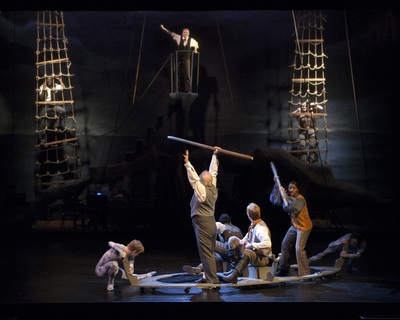 The University of Alabama's newspaper, The Crimson White, published even more photos at http://cw.ua.edu/2011/02/20/moby-dick-photos/

Watch a promotional video on The University of Alabama Department of Theatre and Dance Flickr page.

"Bringing the sea to the stage"
Vanishing Sights, a blog for theatre reviews, by the public and for the public.
How do you stage a whale?  A shipwreck?  An 800 page novel? You don’t.  You stage the pieces and invoke the imagination of the audience.  Steve Burch’s adaptation of Moby-Dick does just that: he strips Melville’s 1851 novel down to its bones and then breathes new life into it, a two-hour tapestry of Ahab’s desire.
Read the entire story....